I did it. I finished Gravity, my 4th young adult novel. It is currently in the trusted hands of my editors at Bold Strokes Books.

I planned to finish it by December 31st, 2015, in time to pop a bottle of champagne, but I didn’t make that goal. I finished it on January 1st, 2016, and the champagne tasted just as good, if not better, for having chilled overnight in my fridge. 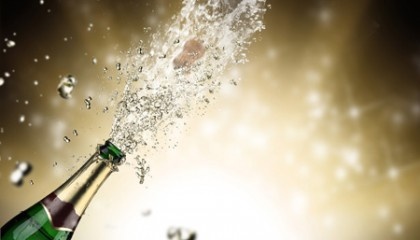 I think I finally figured something out about writing a book, even if it did take me writing four to see it clearly. I only believe I’m in charge of the creative process. The truth is I am, at best, in collaboration with the creative process. Gravity, better than any of my previous books, taught me that. You see, I intended to write a light romance, set in Northern Minnesota, featuring two girls who were drawn together because of their shared love for the sport of ski jumping only to find themselves pitted against each other as competitors.

Then I began writing Gravity and while it is a romance and it does feature two girls, both ski jumpers, and it is set in Northern Minnesota, there is nothing light about Gravity though there is plenty of darkness and shadow. I was even concerned enough to send the first 14,000 words to my editor with the question, “Is this okay?”(The Gulp was implied)

Which was lovely because I had the green light to allow Gravity to take over.

I grew up skiing, but I’ve never ski jumped. I have watched hundreds of tapes of jumps, read countless articles, researched every aspect of the sport, and even had the privilege of corresponding with Olympian ski jumper, Sarah Hendrickson, but I do not personally know the rush down the inrun, the moment of launching into the air, the feeling of flying the distance of a football field at 60 miles per hour or the delicate balance of finding safe footing back on the ground again.

However, I do know the tug of Gravity.

I can’t tell you how many times I wanted to let my main characters, Ellie and Kate, soar effortlessly toward each other only to have Gravity pull me back toward solid ground where love is complicated, occasionally marred by betrayal, and trust is easier to break than to restore.

See? That’s the thing about Gravity. It guarantees a landing. It doesn’t make one damn promise about a soft landing.

Over the year or so that I wrote with Gravity leading the way, my light romance changed. The book deepened. I deepened. The book raised the stakes while I dove into the raw wounds hurting people cause those closest to them. The book unmasked the distortions and lies and rationalizations invented to silence the voice of an inner moral compass. And it revealed to me the strength and courage it takes someone to face down their ugliest truths in order to become different. Better.

The more I wrote, the more Gravity taught me and the more I came to understand an aerodynamic fact about ski jumping.

It’s all about resistance. Until it’s not.

I have a feeling I’ll be mulling that dynamic truth over in my mind for many months and years to come. Heck, I’ll probably still be thinking about the moment of surrendering when I do finish that sweet romance on December 31st, 20-something, and toast it with a glass of champagne.

In the meantime, I’ll be flying high with Gravity. It’s coming out on November 15th, 2016, which feels ages and ages away, but I know from experience that the publication day will arrive, catch me off-guard, and surprise me once again that I have the privilege of introducing another creation to the world.

What a ride. What an honor.

Award-winning author of contemporary young adult fiction including Caught in the Crossfire, Searching for Grace, Taking the Stand, and Gravity.